Why milk in your tea may be a bad idea 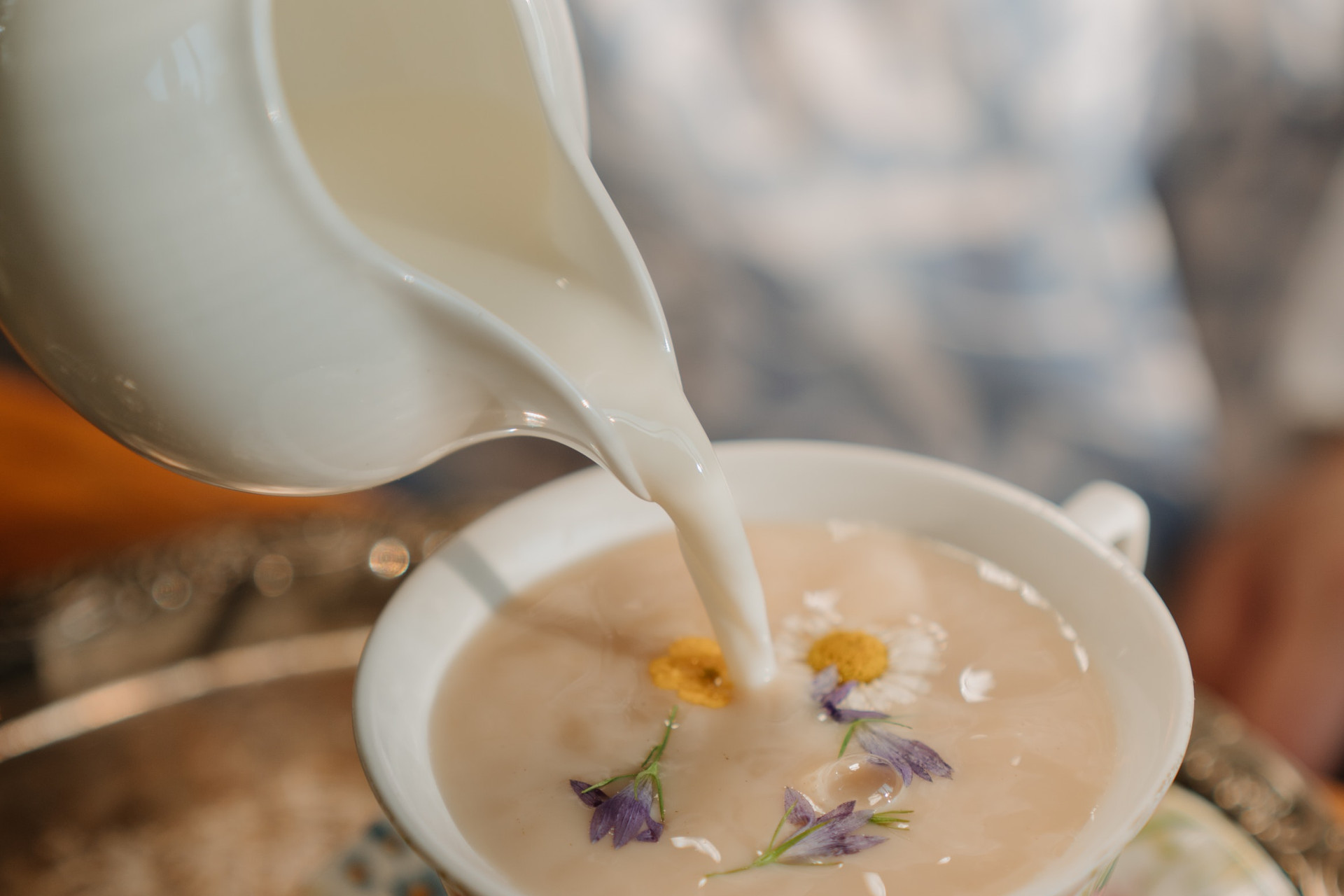 Many tea lovers -especially the British- cannot imagine their cup of tea without a bit of milk to  cut the bitterness and add some extra flavor to it! Most people would agree that tea simply pairs perfectly with milk and that habit is difficult to cut.

Now it’s true that some tea lovers simply drink their daily cup for enjoyment but there is a big portion of drinkers who also incorporate the beverage to their diet for the health benefits it offers. For all of you who want to get the most benefit out of your “cuppa”, you might need to know that several studies have shown that adding milk to your tea may actually not be a good choice.

In this post, I will explain to you why you should not drink your tea with milk and what you can use instead of it to enhance its flavor.

Milk can decrease the health benefits of tea

You might have heard before that tea is rich in polyphenols called catechins which have antioxidant properties and are responsible for the many well-known benefits of it. Catechins are present in all types of regular tea (tea that comes from Cemellia sinensis) and especially the least processed types, such as green and white tea.

Catechins can benefit you in so many ways from eliminating free radicals and preventing disease to helping with weight management and inhibiting the growth of cancer cells.

According to this research from 2007, casein, a protein found in milk, has the ability to bind with catechins and make it tough for our body to absorb them. So when you add milk to your tea your body cannot take these precious flavonols and as a result your cannot get benefited by it.

More specifically, the study conducted by German researchers included 16 postmenopausal women who consumed tea without any dairy milk added. It was found out that the tea had a positive effect on arteries, letting them expand and promote blood circulation. But it was shown that when skim milk was added to their tea there was not such health effect. The same exact effects were seen not only in women but in rats also.

The findings of this research were quite interesting for Britain, where tea is mostly -if not exclusively- consumed with milk daily and heart disease rates are rather high.  The same thing doesn’t happen in Asia though, were most people traditionally drink their tea plain and there is much lower rate of heart related issues.

Now, the good news is that some scientists believe that the effects of milk may not be strong enough to cancel out potential health benefits since the amount of flavonoids in teas is abundant and usually people only add a little milk so that shouldn’t affect greatly the way they are absorbed.

Obviously, more research may be needed to clarify the impact of milk to the tea’s benefits but it doesn’t hurt to try eliminating dairy or replacing it with something else.

What can you use instead of dairy milk for Tea

I understand that some of you might not be very happy to know that you might be losing by putting milk to your tea but there is no need to worry because there are so many other additives that could replace it. And make it delicious also!

So instead of regular milk, you can simply try adding non-dairy milk.

You can experiment with almond milk, soy milk, cashew milk or coconut milk. All of these are available sweetened and unsweetened and can be found in other flavors too, such as vanilla or chocolate. They are absolutely healthy and will guarantee that you get all of the nutrients out of your tea and of course save you from occasional digestive issues that come in handy with dairy.

Besides those milks, there are also other add-ins that can make your tea less bitter and more flavorful such us honey, unrefined sugar or lemon juice. Check out my 14 ways to make your tea more enjoyable and my recommendations for natural sweeteners for tea.

Do you add milk to your tea? Would you consider replacing it with non-dairy milk?