Map – countries that drink the most tea 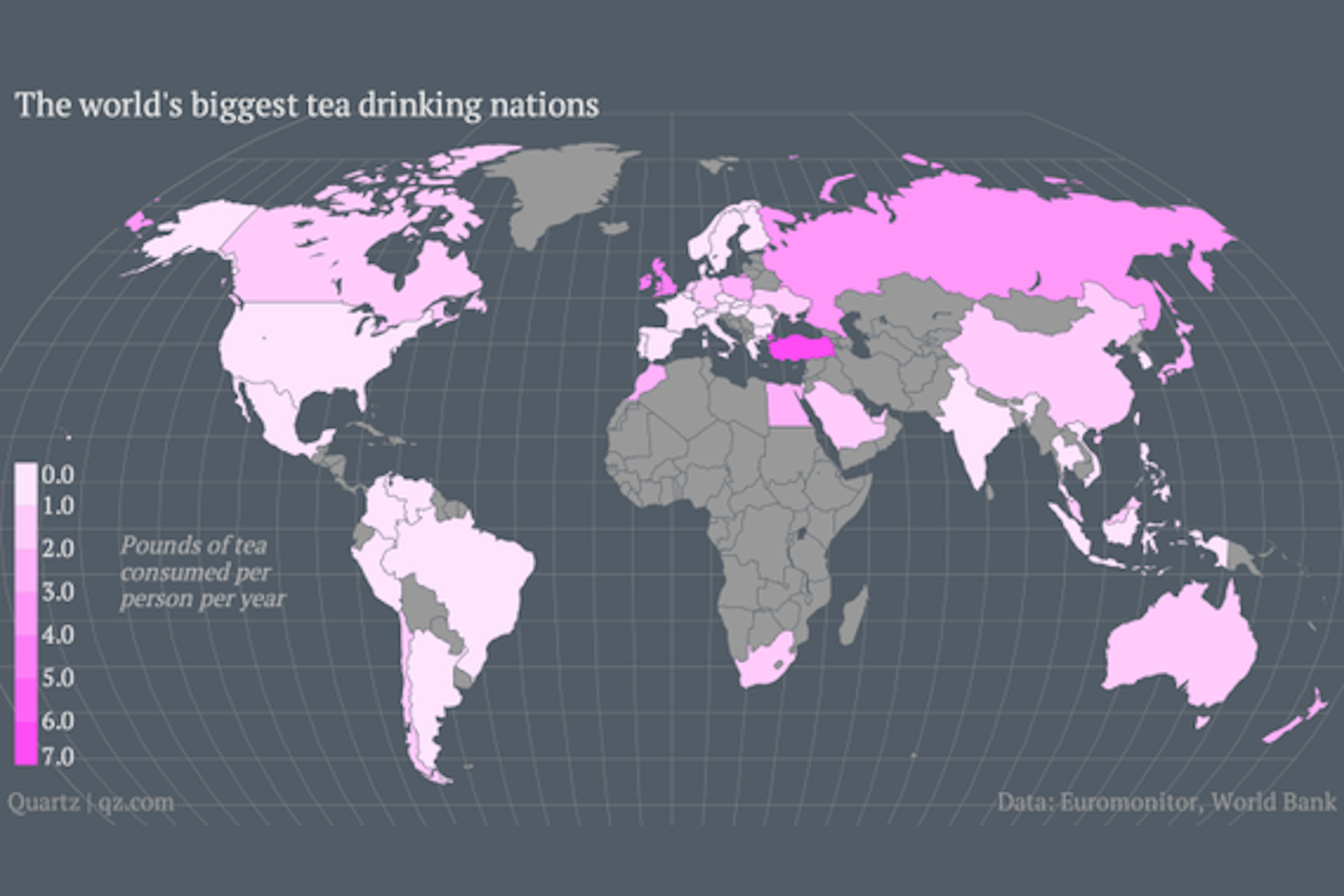 Turkey is the real king of Tea – China not so much

We would all assume that China, the country where tea originated, would be the place where people consume the most tea in the world. And that is partially true since 1.6 billion pounds of tea per year are consumed in there, making it the largest consumer worldwide.

But when it comes to consumption per person the picture is a lot different. According to the illustration on the map above, it appears that other countries come first as the nations with the heaviest tea drinkers.

So it looks like Turkey, Ireland, and the United Kingdom are home to the world’s biggest tea drinkers in the world with annual consumption of tea reaching 6.961, 4.831 and 4.281 pounds per person respectively. These are some true tea lovers and definitely enjoy drinking their daily cup. Or cups! The Chinese consume only about 1.248 pounds per person yearly.

Quite surprising, don’t you think?

Below is the full list of countries and how much tea they consume every year. It’s worth taking a look at it.