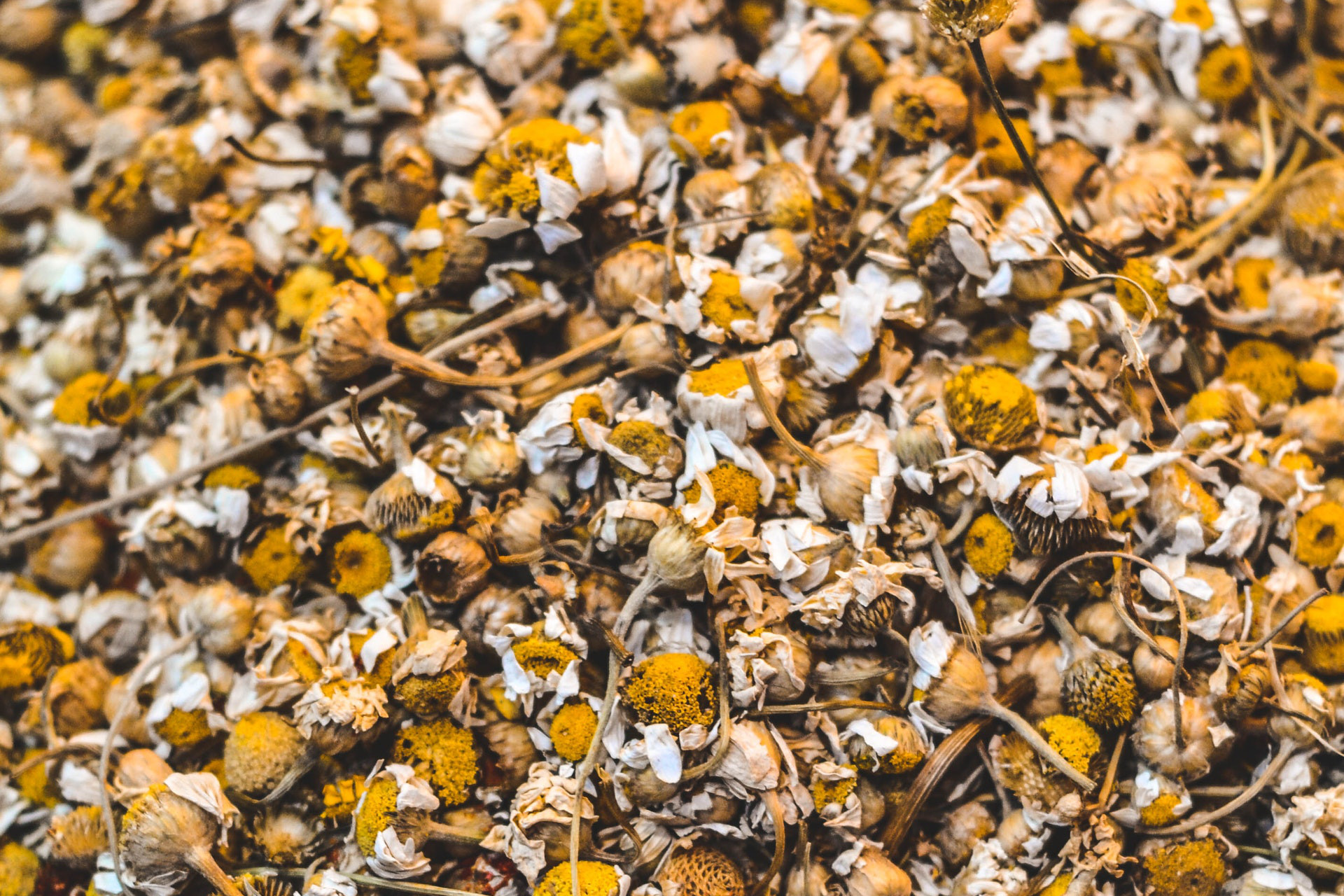 One of the most popular herbs in the world is chamomile. This daisy-like flower is used to create a herbal infusion that has been consumed for ages and ages since ancient years not only for enjoyment and to warm up during cold winter nights but also as a traditional medicine to treat numerous health conditions. Millions of cups of chamomile tea are consumed daily worldwide and for no wonder since it has so many health benefits to offer to your body and mind.

So what is chamomile and how can it benefit your health?

Chamomile is rich in apigenin and alpha-bisabolol and other chemical compounds such as flavonoids, terpenoids and coumarins which give it its many healing properties.

It can be used orally or topically to treat various everyday ailments, such as:

Today’s life is very demanding. Our augmented responsibilities and hectic schedules have us as a result feeling stressed, worried or even in some cases depressed. Chamomile tea has been used for centuries, since the ancient Romans, Greeks and Egyptians as a medicinal herb for the treatment of many maladies, one of which being stress. It is especially known for its calming attributes. A cup of this delicious herbal tisane is the healthiest and safest way to relieve daily stress and anxiety. You don’t have to worry about unwanted side effects which are not rare in the case of prescription medications which can also be costly. For a long-lasting benefit it would be suggested to incorporate chamomile tea drinking to your daily routine. Inhaling its soothing aroma and sipping its tasty, golden brew may help you manage any mood issues and boost your well being and emotional health in general.

Sleeplessness is usually associated to increased worry and stress. If you have trouble sleeping then a steaming cup of chamomile is one of the best remedies you could use. Chamomile has mild sedative effects and has been proven to effectively treat insomnia, promoting a good night’s sleep. Drinking a cup of chamomile 30 to 40 minutes before bed is the best way to help yourself fall asleep easier and faster. The most encouraging fact about chamomile is that its beneficial effects increase overtime in contrast to most pharmaceutical drugs which cause tolerance. So making it a habit to drink chamomile on a daily basis can definitely help you with fighting any sleep problems.

Chamomile tea has antibacterial properties and is rich in nutrients that can help boost your immune system. By strengthening your immune system you can prevent or fight various health issues such as common cold. If you are feeling like you are coming down with something then rushing to your kitchen and preparing a cup of hot chamomile tea is the best way to stop it.

One of the safest and most effective ways to treat an upset stomach is chamomile tea. If you are suffering from digestive issues or the stomach flu then chamomile tea is one of the best natural remedies. It soothes stomach pain, relieves irritable bowel syndrome and detoxifies the body from harmful substances. It relieves indigestion by relaxing digestive muscles and settles gassiness. It can even be beneficial for colic babies.

One more common issue that chamomile tea can help with is menstrual cramps. During that uncomfortable time of the month women should reach for some chamomile since it is proven to relieve discomfort that comes in handy with menstrual circle. It has been found to contain fairly strong antispasmodic and anti-inflammatory constituents. According to a study regular consumption of chamomile increased the level of glycine in the urine, a chemical that soothes muscle spasms and relaxes nerves.

Chamomile has been used for ages for the treatment of burns and scrapes. This powerful herb is anti-inflammatory and anti-fungal thanks to compounds found in it such as bisabolol, apigenin, and other flavonoids. It has been proved that topical use of chamomile tea can provide benefits for various skin conditions. Steeping some chamomile tea and applying it to your skin with a compress can soothe burns, wounds, sunburns, rashes, and itchy or inflamed skin. It is also beneficial for people suffering with acne. This miraculous herb can relieve the discomfort and provide fast healing.

According to studies, enjoying a few cups of chamomile tea everyday can be very beneficial for people with type 2 diabetes. It helps to manage diabetes by lowering blood sugar level. A study conducted by Diabetes Research Centre, showed that people who were consuming chamomile tea daily managed to drop their blood sugar in a quarter.

Chamomile tea is an excellent source of antioxidants. Antioxidants slow the aging process but also fight inflammation and protect against chronic disease such as cancer. Early studies suggests that drinking chamomile tea may help fight or prevent cancer. Chemicals found in chamomile may slow cancerous cells from spreading.

One of the chemicals found in chamomile is coumarin. This chemical is known for having blood thinning properties. Therefore, drinking chamomile tea can be very helpful in protecting your heart, improving blood circulation and preventing cardiovascular disease.

Chamomile tea is great for your oral health. If you have inflamed, painful gums or cancer sores then drinking a cup of chamomile tea every day can greatly help with soothing them and relieving the discomfort. You can also simply try gargling with some chamomile tea (not hot) to promote healing and overall better oral health.

For all these reasons www.1001TeaFacts.com believes that this powerful herb must be added to your tea collection. With all these benefits it has to offer it should definitely be part of your daily routine. What do you think?

Please note: The information contained in this post is intended for educational purposes only and is not a substitute for advice and/or treatment by a licensed physician. This is not meant to cover all possible precautions, drug interactions or adverse effects. Even though though chamomile is relatively safe to use by anyone and side effects are rare you might want to consult your physician before starting any therapy with it because if may interfere with other medications.