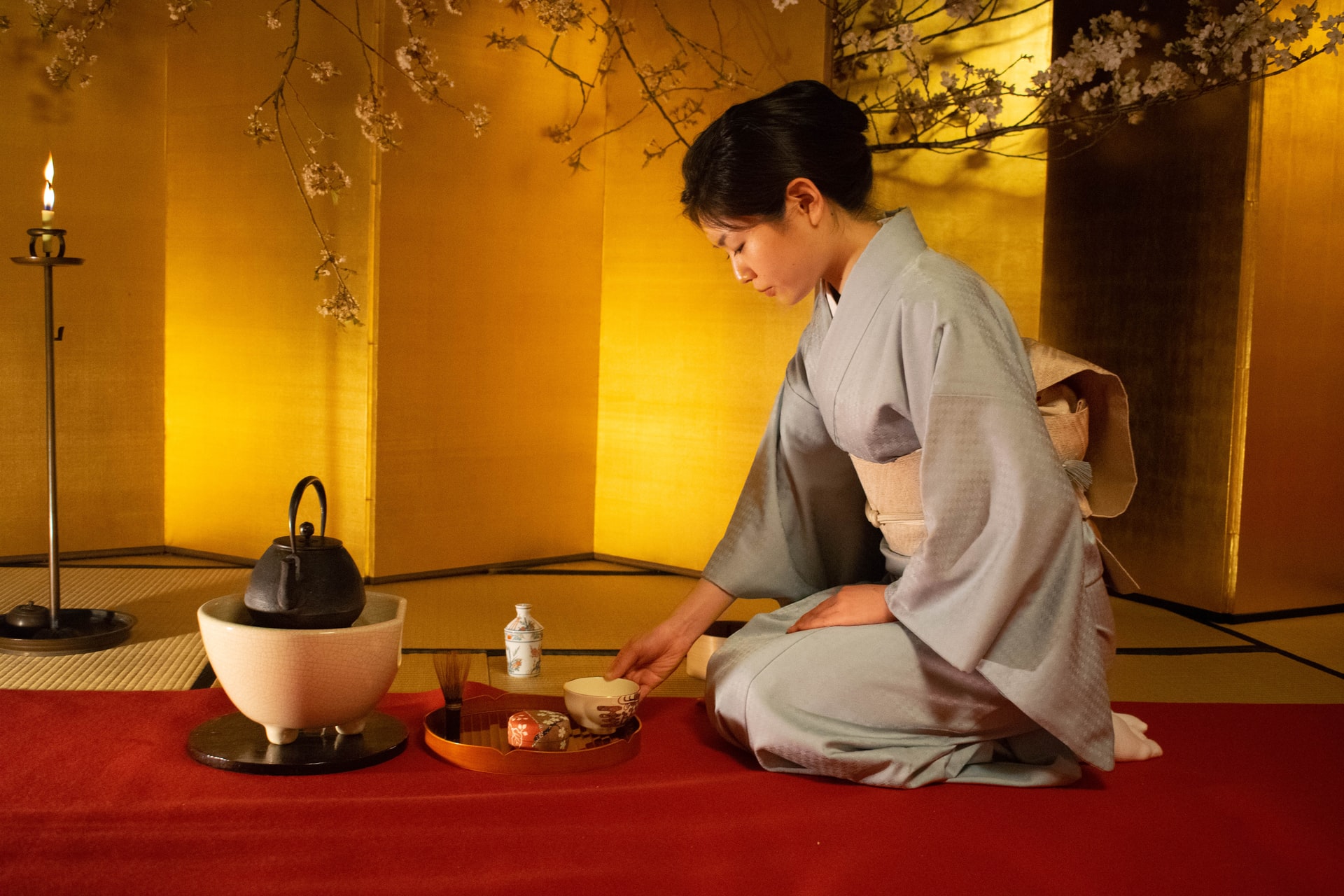 All you need to know about Japan’s famous teas

Tea is ubiquitous in Japan and it constitutes an inextricable part of the country’s culture. It was first brought from China by a Japanese Buddhist priest and although in the early days it was a drink for the royal classes and monks only (who created the Japanese Tea ceremony), today tea of any kind can be found literally everywhere in the country.

The main type of tea cultivated and drunk in Japan is green tea. Ryokucha is the generic Japanese word for green tea and most Japanese teas are some variation of it. When someone mentions “tea” without specifying the type, they usually refer to green tea which is often simply called ocha (tea) or nihoncha (Japanese tea).

Tea is cultivated in many hilly areas around the country, famous among which are Shizuoka, Kagoshima and Uji. It is harvested three times a year (May/April, June, and September/October) and is generally classified according to their type of cultivation, processing method and regional origin. Unlike Chinese green teas which are pan-fired, Japanese green teas are steamed which gives them a more “vegetative” taste.

Here, I will introduce you to some of the most well-known varieties of green tea that every tea drinker should know about.

This is the highest quality and most expensive tea in Japan. What makes this green tea so unique is that it is rolled from leaves of bushes that are kept under 90 per cent shade for about 20 days before harvesting. That prevents most of the amino acid L-Theanine from converting into Catechins, the polyphenols causing the bitterness in lower-quality teas. As a result, Gyokuro tea when steeped offers a pale yellow color infusion with a sweet and smooth flavor which is more favorable compared to the sun-grown Sencha tea. To make Gyokuro tea, you need to use 1 full teaspoon for 1 small cup of water at a low temperature of 122°F–140°F and steep for 90 seconds.

This is the most popular kind of green tea drunk in Japan, making up about 3/4 of its overall green tea production. Sencha tea is the fully sun-grown variety of Japanese green tea and its numerous cultivars and grades result in a wide range of taste, quality and pricing. This tea is graded depending on the quality of the raw tea leaves, the location of the plantation and the final processing method which is the most important factor and is categorized by how long the tea is steamed for. Some of the grades of Sencha are:

The tea leaves with this delicate process are steamed for the shortest amount of time, followed by the traditional tea processing method. These tea leaves are large and needle-shaped and when steeped they create a golden-green infusion with a full-bodied earthy taste.

With this modern process, the tea leaves are steamed for double the time than with the Asamushi proccess. The leaves used for this process are often the ones not suitable for the Asamushi process. The leaves appear more like a coarse powder rather than needles which dissolve when brewed, resulting in a darker green color tea. This tea is easy to brew, less bitter and like Matcha, more nutritious too. Fukamushi Sencha is really popular nowadays.

This tea is middle-steamed which means it is steamed slightly longer than Asamushi Sencha bearing characteristics of both Asamushi and Fukamushi. The flavor of the steeped tea is the most traditional of the three and is more of a baseline.

Bancha is lower grade of sencha, harvested during the second and third crops in the summer and autumn. It usually contains larger leaves and upper stems, which are discarded during the production of sencha. Bancha is less aromatic and more astringent than Sencha. However, it is very appreciated in Japan for its more robust flavor and it usually accompanies well food. To make your Bancha tea infuse at 170°F for 30 seconds to 2 minutes.

This Sencha tea, sometimes marketed as Gyokuro, is made from leaves that are grown in the shade before harvesting, but not for as long as Gyokuro. Kabuse cha tea has a more delicate flavor and subtle color than Sencha when steeped. For its preparation, you can brew in the same way as every Sencha.

This fine green tea, also known as Guricha, has a tangy taste that almost reminds that of berries and leaves a long almondy after-taste and a deep citrusy, grassy aroma. It can be processed either pan-fired or steamed, each process resulting in different taste. In both cases, the leaves are then rolled into “comma” shapes unline the “needle” shapes in Sencha teas. This tea should be steeped at 158°F  for about 2 minutes or 176°F for about 1 minute.

Kamairicha is a pan-fired green tea that does not undergo the usual steam treatments of Japanese tea and does not have the characteristic bitter taste of most Japanese tea. Its taste is more sweet, similar to that of Chinese green teas. This tea is not generally available in the West.

This tea unlike most steamed Japanese green teas is roasted over charcoal. This process reduces caffeine and tannin content, creating a more pleasant, mild, nutty flavor and aroma. When steeped, it offers a brownish colored infusion. Hojicha tea is usually the first tea that Japanese babies drink and can be enjoyed by people who are sensitive to caffeine. To prepare brew at 180 °F for 1-3 minutes.

This is a blend of any kind of Sencha tea combined with roasted brown rice.Also known as “pop-corn tea”, it began as a less expensive tea drunk by poor Japanese. Today, it is popular for its unique flavor and appearance. The rice gives this tea a nutty, toasted flavor with a  hint of sweetness that makes it great to have during and after meals. It is also low in a caffeine. To make use boiled water with brewing time of 30 seconds.

This is a finely-ground green tea powder, made only by the finest Tencha tea leaves. After harvesting, the leaves are steamed and dried and stripped of their veins and stems and then ground in slow-turning stone mills. Matcha is considered the healthiest kind of green tea since you drink the whole ground leaf, getting all of its nutrients, caffeine and L-Theanine. When drinking Matcha tea you actually get nutrients such as beta-carotene and vitamin E that you can’t normally take from brewed green tea since they are non-water soluble. Delicious and healthy, this powdered green tea is not only consumed in the form of tea but is also found as a main ingredient in lattes, smoothies and desserts, giving them a characteristic green color and unique taste. There are different grades of Matcha and for its preparation special accessories are usually used while the powder is added to hot but not boiling water (158–185 °F) and whisked to prepare a frothy texture.

By-Product Of Sencha Or Gyokuro

This is a blend made of four kinds of stems, stalks, and twigs of tea trees. It is also known as “Bocha“. It has a light colored brew and creamy, nutty flavor and is naturally low in caffeine. It is known to help calm the stomach and nerves. Kukicha is steeped in water between 155°F – 180°F for 1 minute.

This kind of tea also made by the dust, tea buds and small leaves resulting after processing Gyokuro or Sencha. It has a strong flavor, is cheaper than Sencha and is often served at sushi restaurants.

This green tea is derived from a collection of leaf buds and tips of the early crops. It is harvested in spring and made as rolled leaf teas the quality of which is between Gyokuro and Sencha. It has a deep, bitter flavor and distinctive aroma, offers a soft yellow brew and is also quite popular in Sushi restaurants and great to have after meals.

If you are a lover of Japanese Green tea, I would love to know what your favorite kind is.