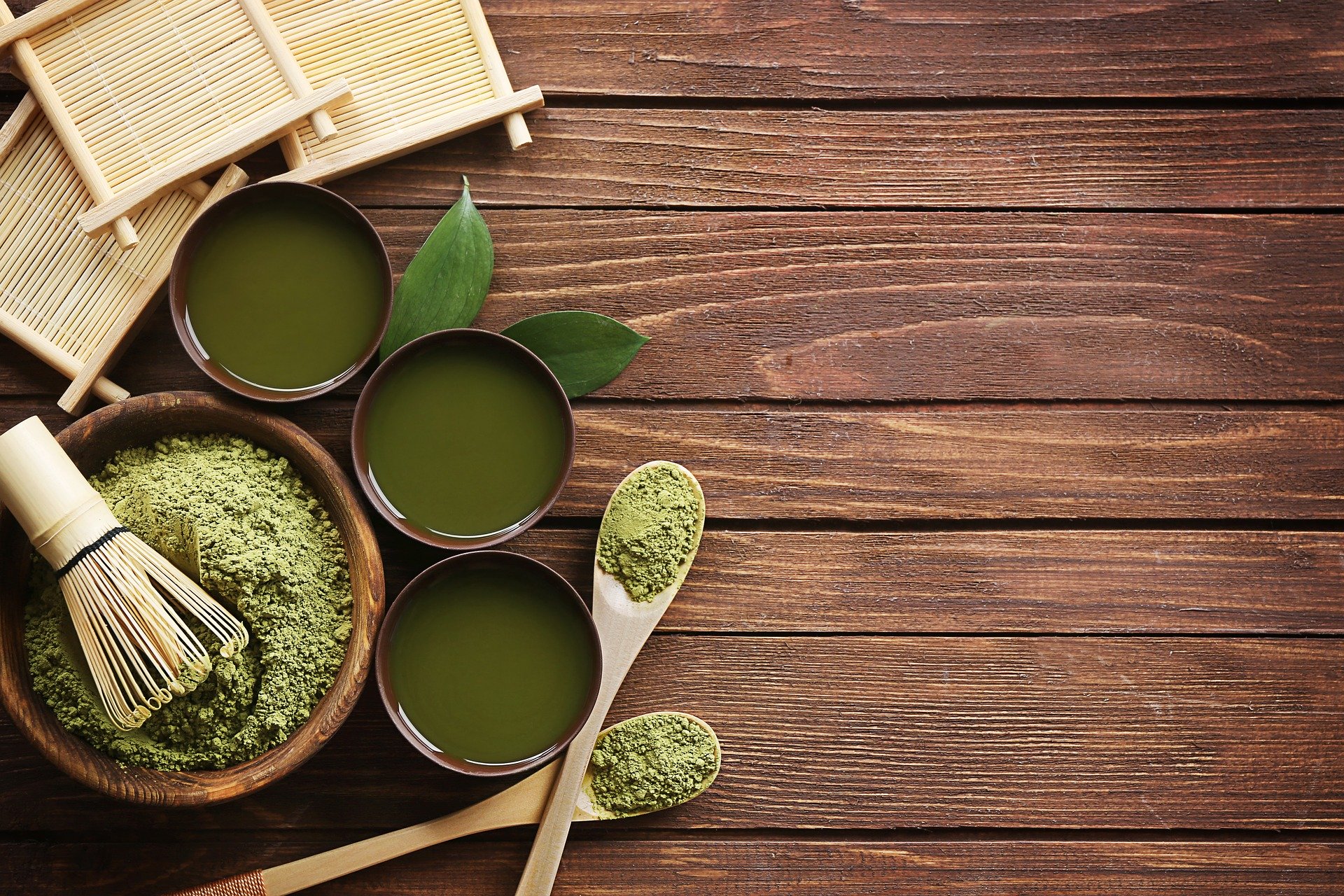 Everybody seems to be going crazy over Matcha lately with its pungent, grassy flavor being used in all kinds of desserts, lattes and smoothies and its health benefits being tooted by health specialists and all over the internet. If you haven’t had Matcha yet, you should definitely give a try but you may as well want to know what the buzz about this green tea powder is all about.

In this post, I wrote has 9  Matcha facts that might convince you to replace your cup of coffee with a bowl of amazing green powdered tea!

According to the American Tea Room matcha fact sheet: “By consuming green tea in the form of matcha – as opposed to drinking it – you are consuming 10 to 15 times more nutrients”. Green tea is well known for its healthful antioxidants and other essential nutrients but matcha green tea is even more abundant in vitamins and antioxidants. Why? Because in the case of regular steeped green tea, the leaves’ components get infused into the hot water, which are then discarded. With matcha though, you consume the entire leaf since the green tea leaves are ground into a fine powder. As a result the health promoting effects of the tea are increased because you basically drink a more concentrated type of green tea.

Fact #2: Matcha is rich in caffeine but won’t make you jittery

Regular tea contains caffeine but matcha is an even richer source of the chemical than steeped tea. Since you consume the whole leaf you essentially getting about three times as much caffeine than a cup of regular tea or about the amount found in a cup of coffee. On the other hand, in contrast to coffee that can make you jittery, matcha  doesn’t. Matcha has the ability to alert and energize you but at the same time thanks to another substance of it, called L-theanine, it induces relaxation and calmness.

Matcha has been traditionally consumed in Japan by Buddhist monks, royalties and nobles for at least 800 years. The preparation and drinking of the beverage was included in the well-known Japanese tea ceremonies which were associated with Zen. For the ancient Japanese, matcha drinking was a spiritual experience that embodied harmony and tranquility. A great opportunity to empty the mind, slow down and be in the moment. Or in other words.. mindful meditate. This ceremonial character of the beverage’s consumption has of course many stress-reducing effects.

Matcha is made from the finest tea leaves and is an antioxidant powerhouse. It is rich in vitamins, minerals and polyphenols which have countless health benefits to offer. One of the most powerful polyphenols found in it is the EGCG, which has been shown to inhibit the growth of cancer cells and fight diabetes. Matcha can boost energy and metabolism, detoxify naturally and promote weight loss. It can enhance your mood and aid in concentration, improve immunity and prevent disease. Also, it has been shown to lower cholesterol.

Fact #5: Matcha can be added in lots of recipes

Traditionally, matcha is drunk as a tea, prepared with hot water (but not boiling) and whisked to create a foamy surface. Today, matcha is getting more and more popular among chefs who incorporate it in all kinds of “hot” recipes. Matcha is versatile and can be found in anything you can imagine. From lattes and smoothies to cakes, scones and even pastas and soups! The green powder has a distinctive, grassy and refreshing taste that can be blended excellently with most ingredients, creating delicious goodies!

Fact #6: Matcha should not be combined with dairy

Although found as an ingredient in many desserts and beverages, German researchers found that when dairy is combined with matcha tea, it can inhibit the absorption of delicate catechins. That is because of a substance found in dairy milk, called casein. When preparing lattes or other desserts, it is preferable to use non-dairy milk such as coconut, soy or almond milk which are naturally free of caseine. You can learn more about the impact of dairy on tea, on Dr Weil’s daily health tips.

All matcha are not created equally. The quality of matcha depends on its origin, color, texture and taste. There are different grades of matcha available, with  ceremonial grade being the best since it is strictly produced by the young leaves, plucked early in the harvest which produce a more delicate and vegetal flavors. Lower grades of matcha are generally produced by mature leaves, which contain more coarse matter from veins and stems and offer a more astringent flavor. The lower grades of matcha are appropriate to use for cooking as a more economical choice. It’s worth mentioning that the different matcha grades don’t necessarily mean any difference in nutrients. What you pay for is flavor.

True matcha is exclusively produced in Japan and particularly in 4 main regions: Uji/Kyoto, Shizuoka, Nishio and Sayama. Uji, also known as the “birthplace of green tea in Japan”, is the most popular and generally desired area and matcha produced there is of the highest quality and most expensive.

There are countless of different brands of matcha available in the market today, however whatever the product you may chose, one thing is for sure. Quality matcha is not cheap. A good quality matcha tea’s price may range from 25 to 50 dollars for a small jar (usually 1 oz). Bear in mind that the fine green tea powder comes from the best leaves that are hand picked by local farmers. Matcha is also quite delicate and it’s healthful chemical compounds are especially sensitive to the light and heat so special treatment is required not only for its process but for its storage as well.