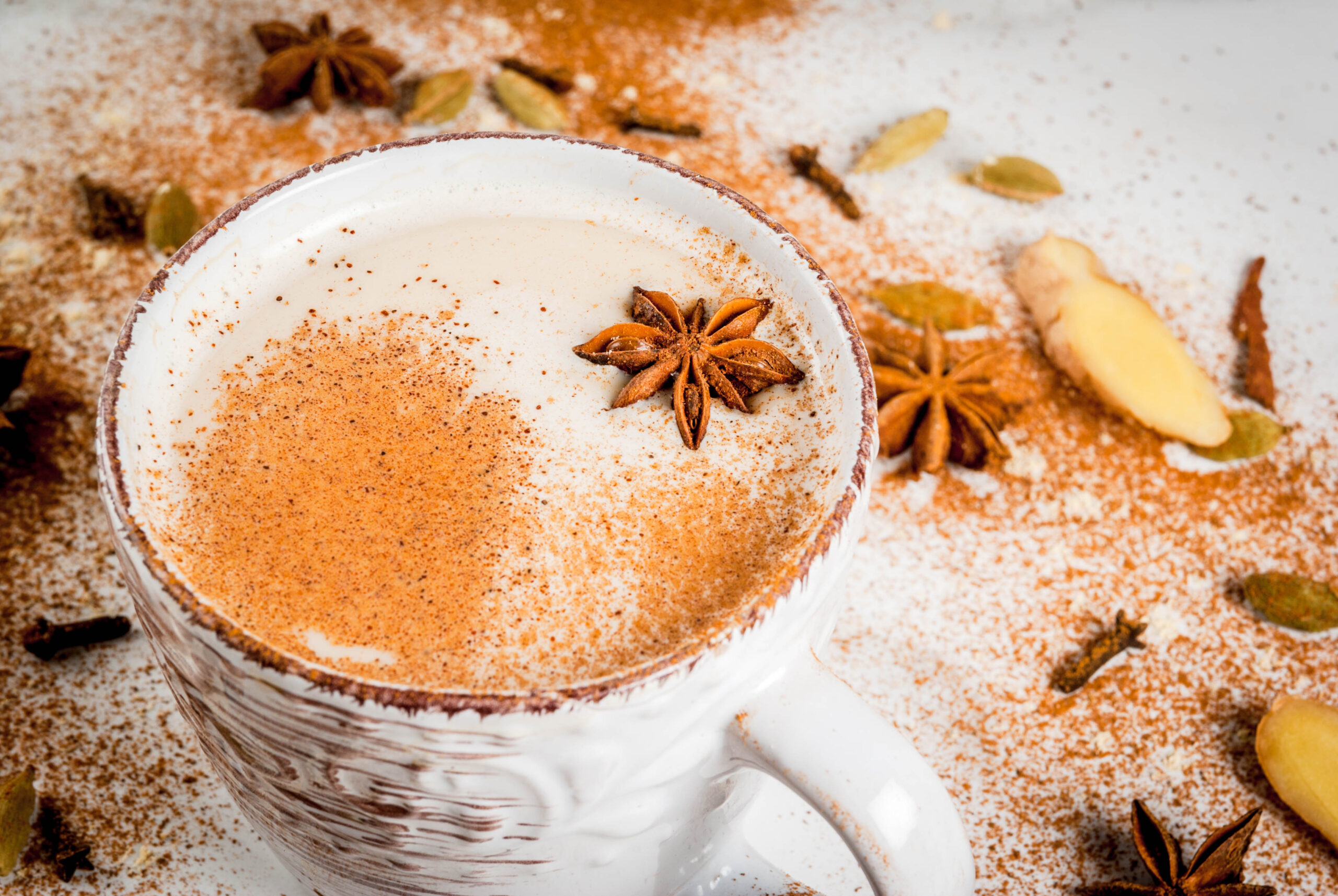 One of the most famous tea mixes, also known as Masala Chai Tea (Which means spiced tea), dates back to 9,000 to 5,000 years ago in Indian or Thai lands, and its purpose was to be an ayurvedic cleansing drink. Ayurveda is a traditional medicinal practice in which herbs and spices are used for healing. The spices used in this tea are meant as a remedy for mild ailments.

This beverage can include spices like cardamom, ginger, cloves, black pepper, star anise, fennel, cinnamon, nutmeg, turmeric, saffron, and others. It can contain chocolate, nuts, fruits, and flowers. However, the fruity and floral versions are modern creations, while the traditional ones usually include spices only.

As the beverage became more popular, more spices were added to this tea, and Masala Chai Tea’s more mixes were created. Either you buy the mix or create it yourself; you should enjoy this beverage and its multiple health benefits very often.

Spices such as ginger, cloves, cardamom, turmeric, and cinnamon show anti-inflammatory properties, which are heavily associated with many chronic diseases. Cloves have been used for more than 2,000 years as a homeopathic remedy for minor pains.

Black Tea and cinnamon are two ingredients on masala chai tea that help lower bad cholesterol and blood pressure. Black tea may reduce the risk of heart diseases and stroke, while cinnamon has been shown in recent studies to help regulate blood sugar levels.

Cardamom has antioxidant and antimicrobial properties that help to fight off common colds, bacteria, and fungus. It has been known as a spice that contains high doses of vitamin C and other nutrients that keep your immune system health

Black Tea and cinnamon are considered to help us reduce the probabilities of Alzheimer’s as they help to keep our brain healthy. Cloves have also shown in recent studies to have anticancer properties helping to reduce tumor growth.

The ginger and black pepper’s heat is believed to stimulate digestion; cloves’ antiseptic properties that help relieve pain; cardamom as a mood elevator; cinnamon supports circulation and respiratory function; and star anise known to freshen the breath between others.

These are some of the multiple benefits Masala Chai Tea can have on our health, and we could keep on going as many of its spices have many different elements that are good for our body. You can add as many spices as you want, and you can drink it cold or hot, either way and as you please. So go grab your cup of tea and start enjoying all these benefits that will have a positive impact on your body and mind.